It’s another week, so that means another foreign trip by His Excellency President Hakainde Hichilema.

As we come to terms with this new reality, we should always remember that this is a man who told the whole world in a BBC interview that his administration inherited empty coffers.

In the same interview, this man told the entire world that he will run a government that will be serious on prudent management of public resources.

Since he formed government, he has travelled more than any other President in the history of this great nation over the same period.

11 foreign trips in five months against only two in-country trips, this clearly shows where his priorities sit.

No matter how his sloppy PR team attempts to justify his insatiable appetite for foreign travel, President Hichilema is just a liar who doesn’t stand for anything. 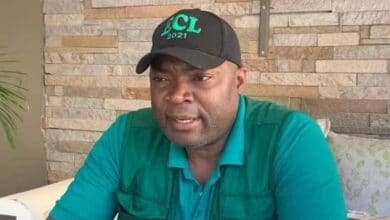 I Don’t Understand The Panic On Rumours That I Can Join The UPND, Says Lusambo