Who Is The Richest Musician In Zambia 2022 ?

So for as long as you have lived in Zambia and you are a music lover, we are sure you have come across this question or you have asked your self this same question (Who Is The Richest Musician In Zambia 2022 ?) well, we are going to answer that question today.

Zambia’s female rap artist  Clementina Mulenga popularly known by her stage name Cleo Ice Queen, she is known to be Zambia’s number 1 influential female artist. Born on June 14 in the year 1989 she has sought to prove her worth. Cleo Ice Queen has been said to have the network of K380,000 to K500,000.

I know you might be wondering, why Chanda Mbao his on this list, He as made it to the top of this list because He’s a highly influential rapper, even though he is not well recognized in Zambia. Chanda Mbao is the first local rapper to have a music video shot in Miami USA, Chanda Mbao has an estimated net worth of K400,000 according to Lusaka Times.

He is a brand ambassador of music for change, Chairperson for HIV/AIDS and Social Commentary and AIDS Healthcare Foundation founder. B Flow is the first African musician to have been recognized public by the American president Barack Obama. He among richest Zambian musicians, because B’Flow is with a net worth of K690,700 according BBC and other foreign trusted sources, which cited lifestyle of this musician.

The duo rose up to the front of the music industry with great music to the ears.  They are the most celebrated musicians in most African countries. Currently based in South Africa at the moment were they have built houses.

The group also owns a successful record label in Lusaka. Organized Family have an estimated net worth of K700,000 was reported by a south African magazine TshisaLive.

Mirriam Mukape, well known by her stage name, Mampi-Queen Diva, the queen is said to be the richest female artist in Zambia, Business lady, musician running a closing line and boutiques in Lusaka. Thinking of how expensive life in USA is compared to Zambia. She is the only musician that manages living abroad for over 12 months. Mampi currently has an estimated net worth of K890,100.

Chris Kondwani Kaira, well know by his stage name, Chef 187, Chef 187 is said to be the best rapper at the time, Chef 187 his currently the only Zambian rapper to have been invited to Coke studios. No doubt Chef 187 is a very skilled rapper.

Due to these reasons the rapper has so much dominance. Chef 187 is popularly one of the most played artists on radio and third most highly paid musician in Zambia. (Chef 187 Net Worth) He is worth over K900,000, drives an expensive Audi A5 one of the best luxury vehicles in this country.

Siame O’Brien, better known by his stage names OC Osilliation is the CEO of recording studio Obama Records. Currently based in the United states of America. OC is the third richest musician in Zambia and was born on the 25 August 1984. This is the renown hit maker of “Folo Folo”, “Wacha Wachema”, “Last Forever, among others. OC Oscilliation has an estimated net worth of K910,000.

Mwila Musonda, famously called Slap Dee is a rapper and multi award winner. Featured on CNN’s top magazine for best musicians in Africa. He is one the to leading musician with major endorsements from local companies in Zambia. Slap Dee is the second highest paid artist. Running sideline businesses and music, making more tours every year compared to any other musician. K955,000 is Slap Dee’s net worth minus property and other assets. Slap Dee is Zambia’s third richest musician currently.

Kayombo is Zambia’s second third richest musician worth K995,000. He is the only Zambian musician that owns a private helicopter, deals in the importation of expensive cars and clothes. King Kayo owns other investments including Kayo Lodges, this alone makes him over K25,000 per month. Shops in Lusaka for clothes, deals with Chinese syndicate. Kayombo is considered a political cadre, together with close friend JK (Jordan Katembula). They have some of the most expensive cars in the country. Kayombo is the second richest rapper with an estimated net worth of K995,000.

Hip-hop musician Mark Mulaza Kaira, otherwise well known by his stage name Macky 2 is currently the richest musician in Zambia today worth K1.5,000,000 million (Kwacha). Elder brother to award winning rapper Chef 187 and Towela Kaira, the new female talented musician on the scene. (Check out he’s full net worth); Regarded a legend and operating other lucrative businesses than you can imagine in Zambia. Former Big Brother Africa house mate were he finished third and founder for Hope Foundation. 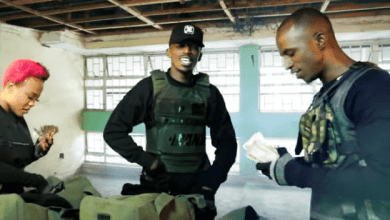 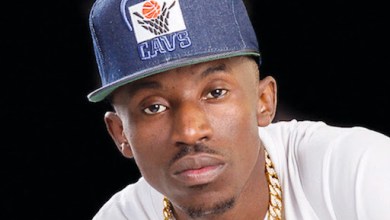 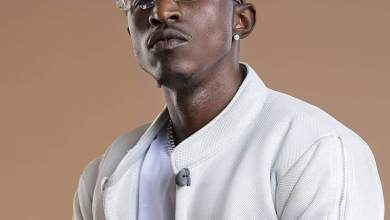