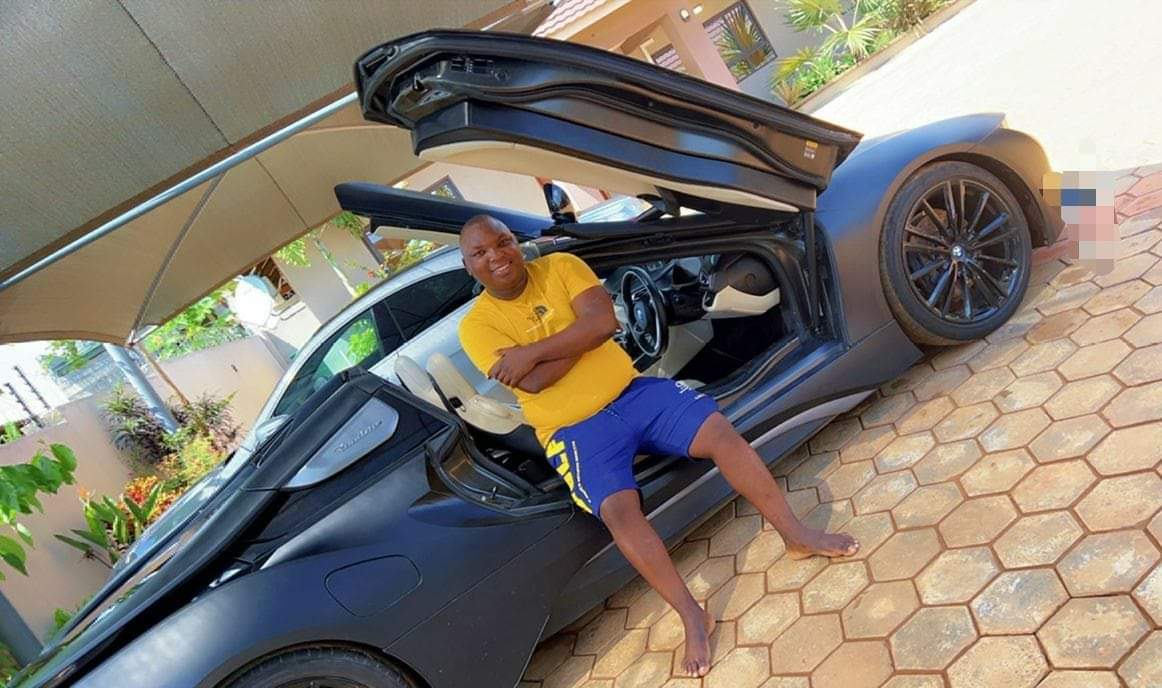 At Age 24 Zambia’s youngest rich person, Copperbelt Business man Junior Lwala became the youngest person to ever own the BMW i8.

The said Car came in fall of January 2022 and was first seen in a live video on Mutale Mwanza’s Facebook page, where the socialist appreciaited lwala’s friendship and the toy.

Junior Lwala is said to have acquired the beast at a total cost of K2 600 000 Zambian Kwacha (Tax included).

The i8 is a plug-in hybrid sports car developed by BMW. The i8 was part of BMW’s electrified fleet and was marketed under the BMW i sub-brand. The production version of the BMW i8 was unveiled at the 2013 Frankfurt Motor Show and was released in Germany in June 2014.

Coming from Kitwe’s Mwaiseni area kitwe Residents were washing their dry eyes at the sight of the i8. At Age 24 Lwala officially became the youngest person to ever own a BMW i8.

View all posts by jeanbee →