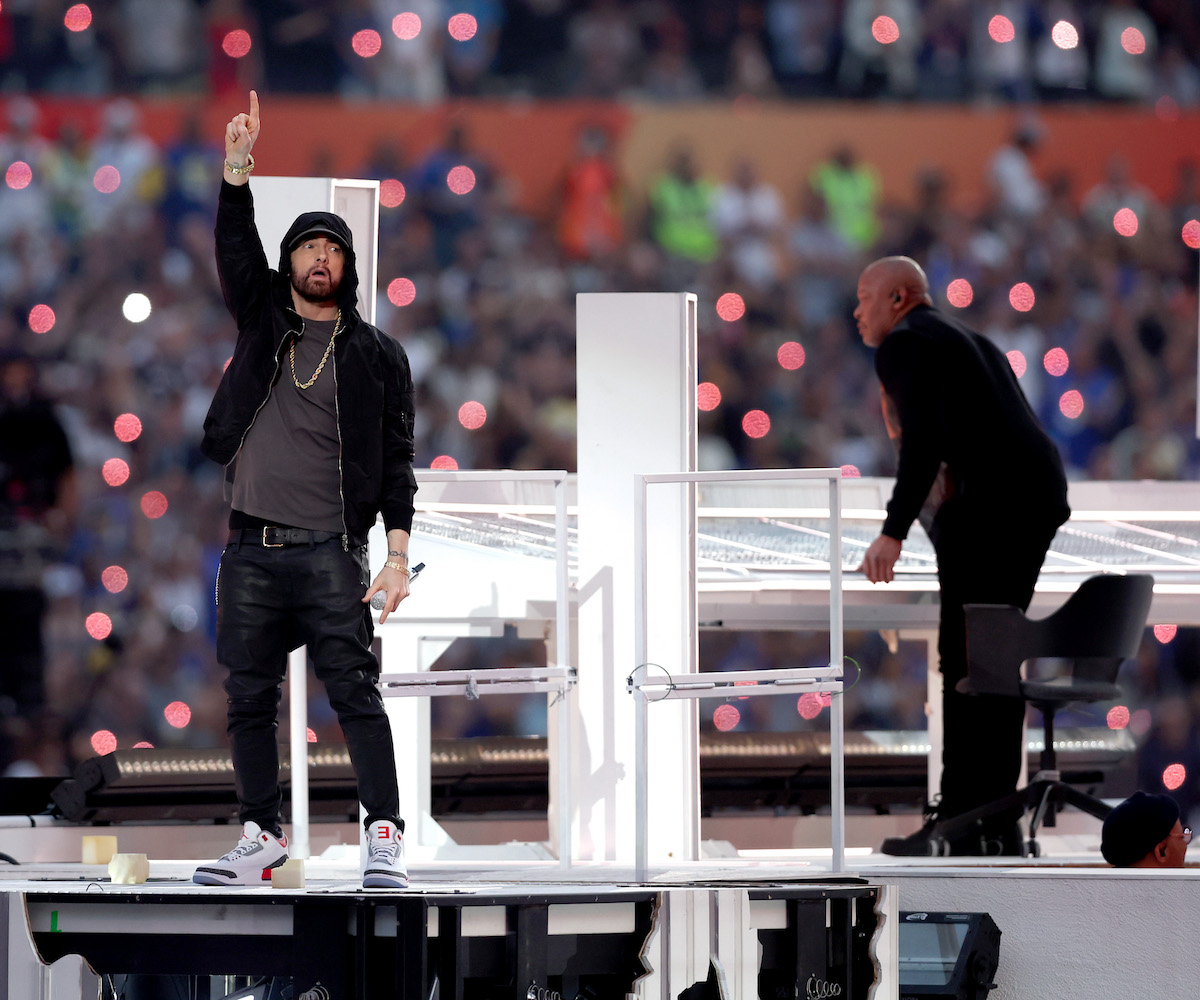 Dre Called Eminem as Soon as He Decided to Do Super Bowl Halftime Show.

Snoop Dogg, unveild that Dr. Dre was never happy about doing the hip hop Super Bowl and was not sure about accepting the invitation.

During a recent  Drink Champs episode, Snoop Dogg spoke about the role he played in building Dr. Dre’s confidence and making this

Dre called and said, “They want me to do the Super Bowl, I do not know if I want to do it”. You know what it is about? One thing you gotta know about Dr. Dre is he’s a guy that’s in the moment. So if he do not feel like he is got a record that’s relevant at the moment, then he don’t feel like he is the moment. But the convincing is, “Your records don’t have no moment connected to them. They ARE the moment. To convince him was more or less about, “Nigga, I’m with you”. When the Dogg stands with you, your confidence level goes off the roof. ‘Cause Dogg gonna carry most of the weight, Dogg gonna make it right, Dogg won’t have a personality. And once you get the Dogg, the next call is to get “Hi, My Name Is”. Did I suggest it? I didn’t suggest a motherfucking thing. Only thing I suggested was, “Can we do G Tang?” ‘Cause I felt like G Tang was the pinnacle moment of who we are.

There was no call from Dr. Dre inviting Snoop to join him on the Super Bowl stage. Dre called Snoop for a different reason: he doubted this idea.

And after Eminem came in, he called 50 Cent. He wanted to see Fifty, the artist he helped break through to stardom, next to everyone at this historic event. Nore revealed that he got this information directly from Jay-Z, whose company ROC Entertainment organises music programmes for NFL:

I hit the homie, the big homie, Jay-Z. And I told him to come pull up on me, and he pulled up on me. I had to ask somebody straight up. And he said, “The white guy called for it, for 50 Cent”. So I said, “Who’s the white guy? Jimmy Iovine?” He said, “No, Eminem. Eminem called directly for Fifty. And he said, “I can’t do it if I can’t bring Fifty out”